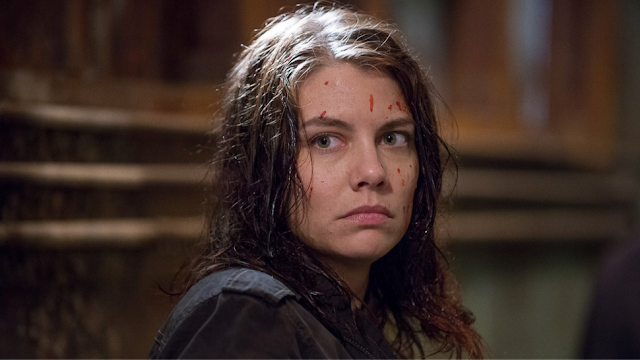 When AMC flagship show The Walking Dead returns for its tenth season on October 6, it will mark the beginning of the end for Danai Gurira’s run as fan favorite character Michonne. As part of its Fall TV Spoilers 2019 preview special, TV Line talked to showrunner Angela Kang and got the broad strokes about what’s going to happen. “Brace yourself,” Kang said. “This conflict is intense.”


When season 10 opens, the survivors of the Hilltop, Alexandria, and Kingdom are still fighting against their greatest foe yet: the Whisperers, humans who skin the dead and wear their faces to blend in with them. Their leader is Alpha (Samantha Morton). “[Alpha] doesn’t have a traditional sort of battle strategy,” Kang said, “so there are things that happen — on both sides — that are surprising and strange. There are elements of paranoia, and a Cold War feeling.”

As far as how Michonne’s departure will play out, Kang is keeping things vague. “[T]here are some things of major importance that we will learn, which have massive consequences. But we’ll also get to showcase good, old-fashioned Michonne being a badass.”

Since season 3, Michonne has been the show’s samurai sword-wielding secret weapon, but she spent last season relegated to the sidelines, mourning the exit of lead character Rick Grimes (Andrew Lincoln). Maybe she can appear in one of those Walking Dead movies Lincoln is doing, assuming she doesn’t die over the next batch of episodes.

While Gurira is on her way out of The Walking Dead, Lauren Cohan (Maggie) might be coming back. She left shortly after Lincoln’s departure for a starring role on ABC’s Whiskey Cavalier, but that show was cancelled after only one (enjoyable) season. But Kang might have a plan for her. Actor Juan Javier Cardenas has been cast in the role of Dante, who in the comics becomes Maggie’s love interest after Negan bashes her husband Glenn’s head into a pulpy mush. Does this mean Cohan is playing Maggie again? “We’re trying to work on it,” Kang said. “We’ve got ideas [for Maggie], so hopefully.”


So there are a lot of balls up in the air. Walking Dead can see where they land next month.