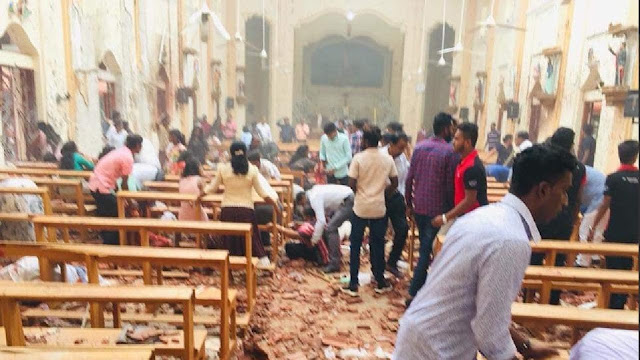 At least 207 people died and 450 people were injured after a series of explosions in Sri Lankan churches and hotels on Easter, AP reports.

Most of the explosions all took place around the country's capital, Colombo. Three churches and three hotels were targeted at the same with almost simultaneous simultaneous blasts. Then, hours later, two more explosions targeted a guesthouse and an overpass on the outskirts of Colombo, not far from the zoo, the BBC reports.

According to the Sri Lankan government news portal, all social media has been blocked in the country to avoid the spread of false news reports in light of the bombings.

No group has claimed responsibility for the attacks so far.

In a statement, Minister of Finance Mangala Samaraweera said the attacks are "a diabolical attempt to create racial and religious tensions in this country yet again, thereby pulling the country backwards."

Samaraweera also called on Sri Lankans to "unite now with nerves of steel to defeat this heinous attempt to drag our country back into the dark past."

In his Easter address, Pope Francis also denounced the attacks, the AP reports.

“I want to express my loving closeness to the Christian community, targeted while they were gathered in prayer, and all the victims of such cruel violence,” the pope said.