‘Game of Thrones’ Season 8, Episode 3: The Dead Have Finally Arrived at Winterfell 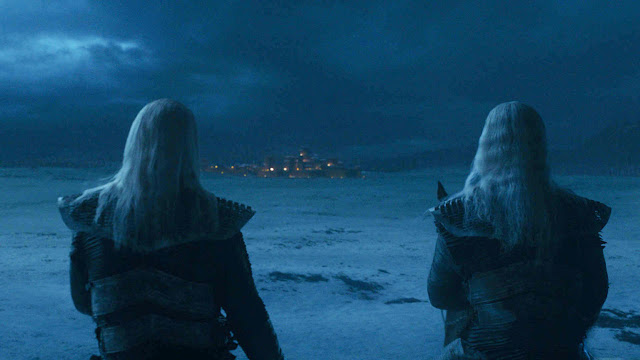 The preview for the third episode of the eighth and final season of “Game of Thrones” was released following Sunday’s installment, “A Knight of the Seven Kingdoms.”


And though the video isn’t even a minute long, the short clip gives us just enough snippets of chaos from Episode 803 to confirm that the Battle of Winterfell is going to be a bloodbath.

“The most heroic thing we can do now, is look the truth in the face,” Sansa Stark says in a voiceover at the start of the the 42-second teaser, as we pan over the armies (both living and dead) in position outside Winterfell.

Then we get quick shots of where everyone will be positioned when the battle begins — either in the flanks, behind the walls of the Starks’ ancestral home, or down in the crypts — before Jon says “the Night King is coming.” No, Dany corrects him, “the dead are already here.”

Ser Brienne of Tarth screaming “Stand your ground!” to her troops is the last we see or hear before it cuts out.

Watch the preview for Episode 803 above and read our biggest questions from Sunday’s episode here.